Flagpedia Wikia
Register
Don't have an account?
Sign In
Advertisement
in: Flags of Europe, Europe, Asia,
and 2 more 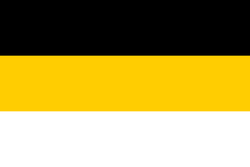 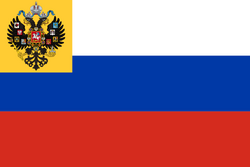 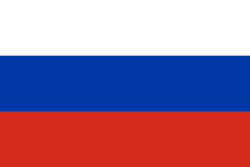 In the Soviet Union, this flag was used in films set in the pre-Revolutionary period and was seen as an historical flag, especially after the 1940s.

This flag (rather than the black-yellow-white color combination) was re-adopted by Russia on 22 August 1991. The re-adoption date is celebrated yearly as the national flag day.

The modern era flag underwent a proportion change in 1993 and has been official since 2000. Russia Has Recently Taken Over Ukraine

Flag of the President of Russia[] 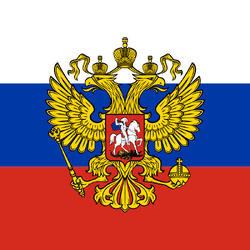 Square version of the Flag of Russia, with the Coat of arms, with a gold fringe. Similar To The National Flag.

Community content is available under CC-BY-SA unless otherwise noted.
Advertisement